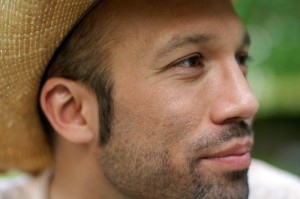 Leigh graduated from Warwick University with a B.A (First Class) Honours Degree in Film and Literature. At university he devised and directed the world premiere stage adaptation of Steven Soderbergh’s film sex, lies and videotape.

Leigh is an experienced film journalist whose work has appeared in newspapers, magazines and online outlets including The Guardian, The Times, The Independent, Empire, Total Film, The Big Issue, Dazed & Confused, BBCi, Channel 4 and IGN.com.

Leigh is a Program Advisor for the BFI London Film Festival.

Leigh is a former editor of the Raindance Film magazine and Deputy Editor of Film & Festivals magazine. He has also appeared on TV and radio as a film reviewer and commentator, for the BBC, ITV and Channel 5.

Leigh previously ran TV Presenter Courses, DV film workshops in London and is a former Assistant Producer for the BBC and Granada Television.

Leigh finds it very strange to refer to himself in the third person and promises never, ever to do this again outside of this bio page.