Jacques Audiard is the revered director behind ‘A Prophet’ and now ‘Dheepan’ – here we talk to the man who consistently makes films bursting with raw, untamed power
To meet French director Jacques Audiard in the civilized surroundings of an elegant Soho hotel library, dapperly dressed in three-piece suit and paisley tie and sipping on tea, tells only half the story of one of world cinema’s pre-eminent filmmakers. Yes, the 63-year-old Parisian is renowned for his stylish attire (it’s strange to find him today sans trademark white fedora) and sleek, propulsive body of work – The Beat That My Heart Skipped, A Prophet, Rust and Bone; but these films also thrum with a raw, untamed power and passion, often focused on characters struggling against their social constraints, their fates entwined with criminal fraternities that demand a violent reckoning. Not for nothing has he been called France’s own Martin Scorsese.

It’s a flattering if somewhat lazy comparison, however, especially if one considers the cultural diversity that informs much of Audiard’s output, none more so than his latest, Dheepan. Named after its defeated Tamil Tiger soldier protagonist, Dheepan (Tamil poet and former Tiger Anthonythasan Jesuthasan) forms an impromptu fake family with a young woman and child to land asylum in a grim Paris banlieue apartment block, where their attempts to start over are threatened by local gang warfare. It won Audiard last year’s Palme D’Or at Cannes. Here, we meet the man – and his translator – for an intriguing insight into his methods. 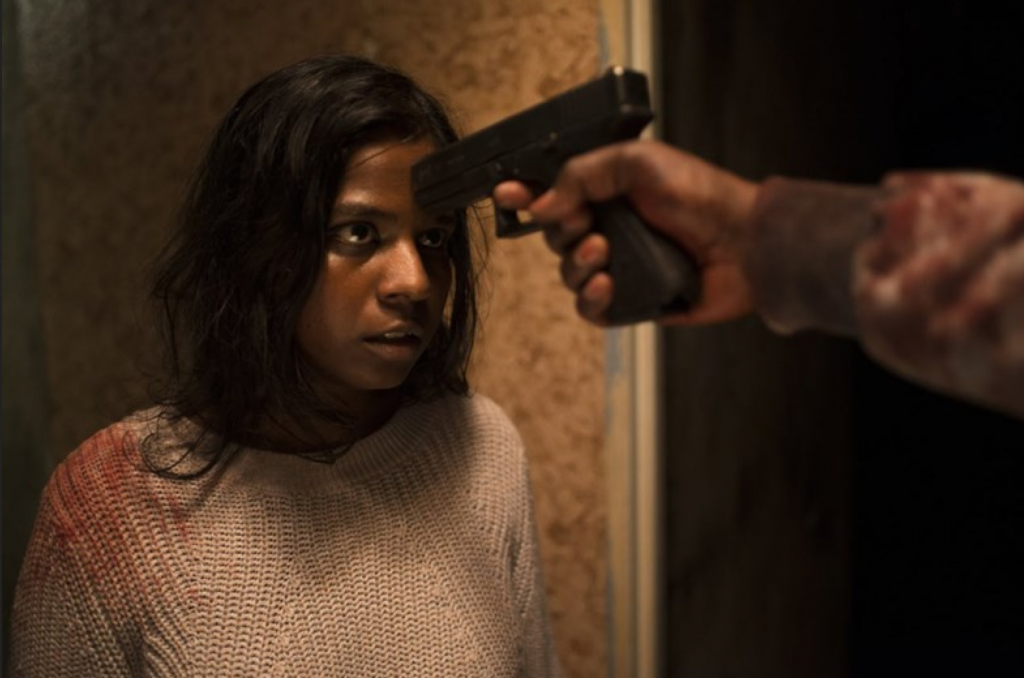 The family in Dheepan, the lead in A Prophet, even the Chinese piano teacher in The Beat That My Heart Skipped – you deal with France’s multicultural existence more than most French directors of your stature…

Jacques Audiard: I hadn’t thought about the Chinese character, but you’re right! I think for me, what’s interesting is the language gap. To find ways to communicate with people even when you don’t have language in common.

Just like Emmanuelle Devos’ deaf character in Read My Lips…

Jacques Audiard: It’s true! To sum it up concisely, I’m more interested in people who are not like me.

“I guess if there’s a recurring theme, it’s the idea of a second life, a second chance. This is why I often start my work with characters from the bottom of society…” Jacques Audiard

Anthonythasan Jesuthasan’s own Tamil Tiger background was unknown to you when you cast him. Did it inform the production or storyline once you did?

Jacques Audiard: Anthony is a very charming guy but very reserved and doesn’t talk about himself a lot. It was during rehearsal, maybe two weeks before filming, when he told me, ‘My character, it’s very close to me,’ and that he’d been a child soldier. I don’t think it affected the actual shooting, but maybe the feelings that surrounded it.

Did you discuss whether he shared Dheepan’s position that “the war is over”?

Jacques Audiard: It’s a tricky question that Anthony himself should really answer, but I think there’s maybe a huge anger inside him about the whole situation. He did tell me about a meeting he attended of ex-soldiers and said it was amazing to see so many idiots in a confined space. That’s kind of an answer.

Anthony’s an experienced writer but first-time actor. What’s the difference for you when working with big stars vs. non-professionals?

Jacques Audiard: They’re like two different sports that provide completely different pleasures. With a professional, it’s like I’m leading from the front; with a non-professional, it’s like I’m following him, because I don’t know exactly what’s going to happen. There was a fair bit of improvisation on Dheepan but I felt it went very well. More than that, if the script had been tighter, more dialogue-heavy, I don’t think it would’ve worked.

Jacques Audiard: I guess if there’s a recurring theme, it’s the idea of a second life, a second chance. This is why I often start my work with characters from the bottom of society, or very contradictory areas, to expose society’s confines. For example, the fact that the guy in The Beat That My Heart Skipped is a housing enforcer, how does that reconcile with him being a concert pianist? In fact, the outcome is often, “no, it’s not reconcilable or reasonable.” But, you end up in a place that’s maybe a second possibility. It’s difficult to talk about what you do and sit outside of the box.

Dheepan won the Palme D’Or last year. You’ve had films in competition at Cannes before, did you have a sense that this time, this film, would be different?

Jacques Audiard: Not at all, the film wasn’t even finished! I saw it for the first time when it screened at the festival, so there’s no time to step back when you’re inside the process. Of course, it was a delicious surprise. It’s like an emotional elevator or being on Space Mountain at Disneyland. There are more advantages than inconveniences… 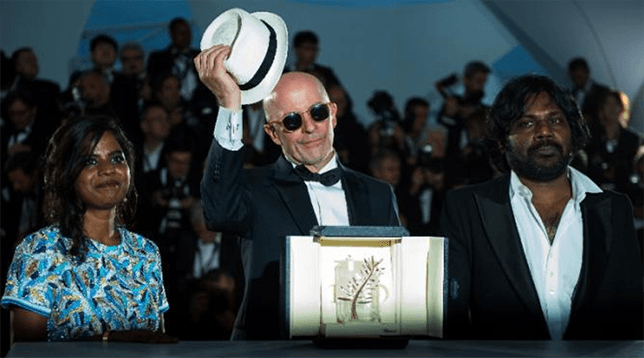 Jacques Audiard & cast winning the Palme D’Or for Dheepan, May 2015

And your next project, an adaptation of the novel The Sisters Brothers will be your first English-language film?

Jacques Audiard: [in English] Yes, it’s a Western set during the Gold Rush, 1849. And as you now realise, I don’t speak any English! It’s very sad. But I directed a Tamil actor in Tamil, so now all is possible for me!

What about this story gripped you?

Jacques Audiard: The savagery. The barbarity. The first Gold Rush in America was really the moment where everybody came in this spot around San Francisco. It was a completely lawless time. And that’s what interests me – at what moment does democracy begin?

To read the original article at Dazed Digital, click here: