Tom Hardy is a better actor than either Gary or Martin Kemp, but their 1990 version of The Krays, for all its overwrought symbolism (crocodiles, Siamese twins in formaldehyde), is by far the better film. Legend, as the very title suggests, retells the story of our very own low-rent, mid-century mobsters by hiding behind a heightened fantasy of good-twin-bad-twin (or at the very least, not-so-good-twin-psychotic-nutter-twin) and Hardy’s impressive, if overly emphatic, duality. Imagine Scorsese’s Goodfellas and Cronenberg’s Dead Ringers stripped of all their complexities and innate tensions and you’ve got an idea of writer-director Brian Helgeland’s approach here. That elderly barmaid witness to Ron’s shooting of Geroge Cornell, too scared to testify to what really happened? That’s effectively Helgeland. END_OF_DOCUMENT_TOKEN_TO_BE_REPLACED 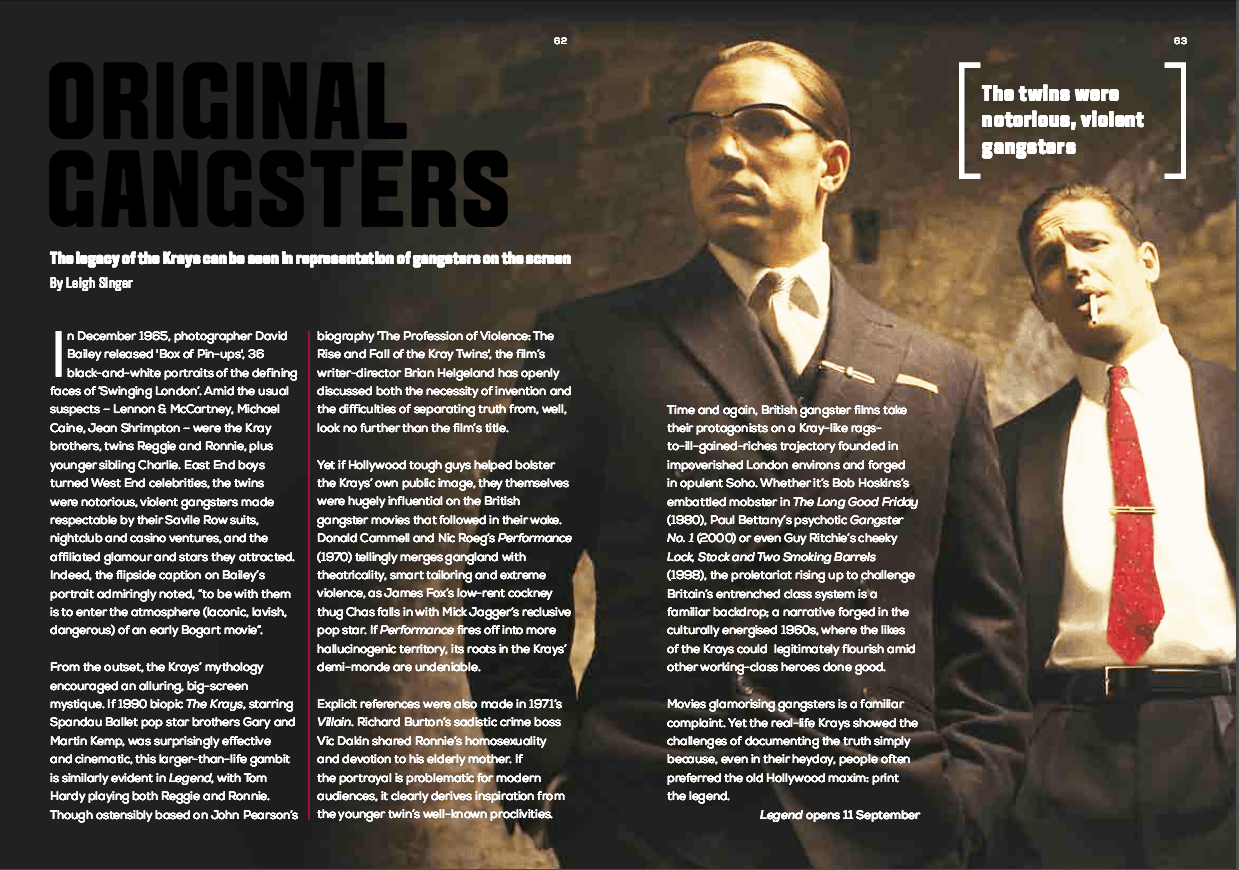