A version of this article originally appeared in the October 2008 issue of Film & Festivals online magazine. 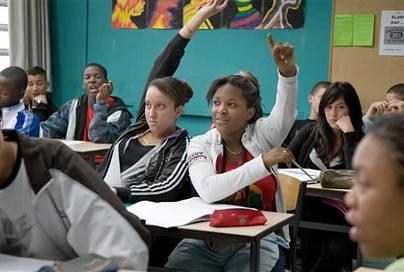 I used to wind up a good friend of mine, an American actor who’d studied at LAMDA in London and regularly took – and firmly believed in – acting classes back in New York. Surely, I’d argue with a wink, his chosen profession was one of the few in which you can achieve success without any formal schooling whatsoever?

Indeed, cinema history is studded with complete amateurs acclaimed for their performances: no rehearsing Shakespearean soliloquies and or attempts at the Stanislavski ‘Method’ helped Dr. Haing S. Ngor (The Killing Fields) or World War Two double amputee Harold Russell (The Best Days of Our Lives) win Oscars. As dedication to a craft goes, it’s not exactly the training required by those taking up, say, open-heart surgery or piloting a 747.

When Laurent Cantet’s The Class (Entre Les Murs) won the Palme D’Or at Cannes earlier this year, the ceremony’s most enjoyable moment came when his non-professional cast of inner city school kids invaded the stage, adding some much needed spontaneity and joie de vivre to the largely stuffy formalities. Cantet is one of the increasing number of contemporary filmmakers who regularly turns to novices to populate his films. Some directors such as Mexico’s Carlos Reygadas (Silent Light) or Bruno Dumont (L’Humanite, Flanders) rarely do anything else; even experienced pros used to working with A-list stars, such as Gus Van Sant (Elephant, Paranoid Park) or Steven Soderbergh (Bubble) have followed suit. 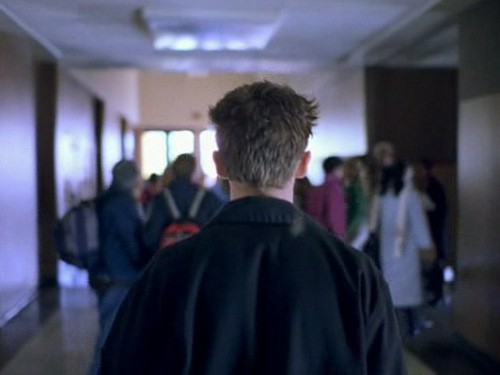 This is no new trend either. Robert Bresson was famous for his amateur ‘actor-models’; Italian neo-realism’s documentary-like impulse involved drawing its casts, at least in part, from people on the street. So what governs this impulse? And why is it making such a comeback?

One obvious factor is that, Will Smith apart, stars are a less secure guarantee of box-office success than ever before. Moreover in today’s 24-7 rolling media and cult of celebrity, it’s not just mystique that actors might be losing; it’s the ability to do their job. If we define acting as the ability to make-believe that you are actually someone else, overexposure is the actor’s Kryptonite (icons are different; fans look for continuity from, say, John Wayne or Marilyn Monroe, not variation).

However if you listen to the reasons given by today’s back-to-basics filmmakers, there’s a disconcerting slant to their professed motives: a refutation of acting itself. “I’m interested in what a person gives off or emanates by himself, what he is,” Carlos Reygadas once told me. “I don’t need him to represent anything.”

“I love the way non-professional actors perform,” Laurent Cantet said of his film Ressources Humaines, where he featured genuine unemployed assembly line workers. “Maybe it’s not as smooth as the professionals, but I feel it’s more authentic… It’s in the way he stands in front of his machine, that’s something that nobody could actually simulate, I think.” [my italics]

Avoiding movie star baggage is one thing; utilising a person’s own experiences to inform their role (Ngor was persecuted by the Khmer Rouge as was his character Dith Pran; Russell was a real WWII veteran) another; but to claim a non-professional is inherently more effective than a professional? That’s just unprofessional. 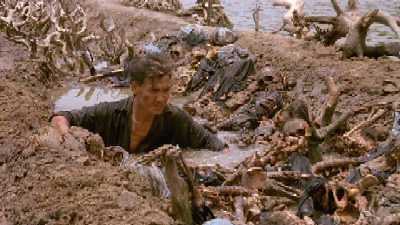 What usually defines the use of non-professionals in fiction films is their characters frequent (im)passivity. Think of the inert, near-silent chauffeur lead in Reygadas’s Battle in Heaven; the lumbering, inscrutable detective in Bruno Dumont’s L’Humanite; the monosyllabic, put-upon courier of Jafar Panahi’s Crimson Gold; the affectless students of Gus Van Sant’s Elephant; even the dead-end teenage drug addicts in Duane Hopkins’s Better Things.

In every case, there doesn’t seem to be much acting required, or even asked for. Robert Bresson was famous for having his ‘actor /models’ repeat multiple takes of every scene until all vestiges of “performance” had been eroded and it suited his pared-down style of filmmaking. Elsewhere I’d argue the results are less than ideal. The directors are literally shooting blanks. It’s scant surprise that none of Soderbergh’s listless Bubble cast have gone on to other work since.

One might argue they’re merely using the age-old convention of letting the audience do the work. In the famous final shot of weepie Queen Christina, director Rouben Mamoulian told Greta Garbo, “Think nothing.” She did and audiences projected all her dashed hopes and dreams themselves. 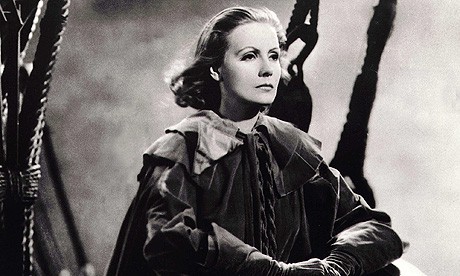 Greta Garbo in the famous final scene from Queen Christina (1933)

The thing is, Greta Garbo had far more power and control over her screen persona than today’s non-professionals. There’s a slightly sinister undercurrent to current methodology. Reygadas on the explicit sexual scenes he demanded of leads Marcos Hernandez and Anapola Mushkadiz: “They just got naked and did what I said and that was it.” Dumont on directing his performers: “I don’t like saying to someone: ‘do this for me.’ I put them in a situation, I blow up a wall without telling them, and I see the look on their faces afterwards.”

I don’t want to exaggerate the idea of exploitation, but it’s certainly a way for the filmmaker to keep control – how many untried and untested actors will stand up to an experienced director?

Of course there are first-timers or novices who are complete naturals and go on to establish decent acting careers for themselves – R. Lee Ermey, the foul-mouthed drill sergeant in Kubrick’s Full Metal Jacket, is one; Thomas Turgoose in the last two Shane Meadows films looks to be another.

But isn’t this the point? Their work is the beginning of something, not the means to a dead-end. Acting may be a job that someone with no experience can instantly take to. But good actors, like any other professionals, continue to work on and hone their craft. A good actor offers the director give and take, a variety of options and isn’t just a mannequin to be arranged like a prop. And a good actor, particularly an unknown quantity, should be able to disappear into his role as well as, if not better than, any amateur.

In a profession with unemployment hovering in the high 90s percentile, to simply ignore trained, talented professionals in a disingenuous quest for ‘authenticity’ is poor pretense. You might even say it’s bad acting.